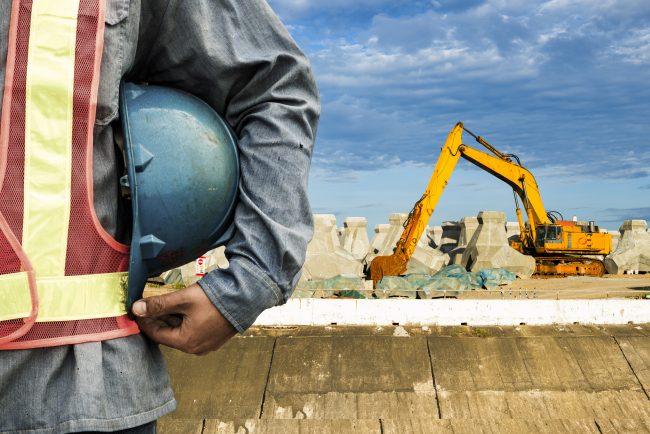 Contract works insurance can usually be bought as either an annual policy, or to cover a specific contract or project.

An annual Contract works covers all the contractor’s unspecified sites in any one year limited to the maximum any one contract value stated on the policy. Cover is for materials and contract works in course of erection generally against loss or damage for all unspecified contracts undertaken in a year. Cover can be extended to include own plant, site huts, tools, show houses and hired in plant. Risk of loss or damage by fire, theft, storm and malicious acts are usual types of cover included.

A specific Contract works policy restricts cover to one contract. The employers name, nature and contract address is specified on the policy. Cover is for contractor’s materials and contract works in course of erection generally against loss or damage at the unspecified contract location. Cover can be extended to include own plant, site huts, tools, show houses and hired in plant. Risk of loss or damage by fire, theft, storm and malicious acts are usual types of cover included.

Summary of Covers that Can be Included

i) The site: The permanent and temporary works executed in performance of the contract and materials for use in connection therewith. Whilst on the contract site or adjacent thereto until the issue of a certificate of completion or until taken over by the principal and /or thereafter where the Insured is required to insure under the terms of the contract.

ii) Transit:whilst in transit (other than by sea or air) in the United Kingdom to or from the contract site

iii) Maintenance: During the period of maintenance or defects liability not exceeding twelve months

2) occasioned by the contractor in the course of any operations carried out by him for the purpose of complying with his obligations under the maintenance or defects liability clause in the contract.

B) Employees personal tools and effects

Personal tools and effects the property of the Insured’s employees other than motor vehicles, precious metals, precious stones or articles made therefrom or money.

Contractors’ plant the property of the Insured or on hire purchase or leased to the Insured comprising all types of contractors’ plant including scaffolding, temporary buildings, site office contents, site welfare facilities or as more specifically described in the schedule.

Contractors’ plant hired-in by the Insured but not on hire purchase or free loan to the Insured comprising all types of contractors’ plant including scaffolding, temporary buildings, site office contents, site welfare facilities or as more specifically described in the schedule. Including continuing hire charges in consequence of loss or damage covered under this section.

Free-issue materials supplied by the principal or his agents and for which the Insured is responsible under the terms of the contract. Provided that the total value of all such free-issue materials is included in any declaration made.

Loss or damage provided to the property insured whilst in store other than the contract site. Provided that the Insured is responsible for such loss or damage under the terms of the contract.

Property being built or erected by the Insured other than under contract. In respect of such property cover shall cease to apply from:

a) the date such property is sold or let or

b) a period set out in the policy (e.g. 180 Days) after the date of completion of the work of building or erecting the last property on the contract site whichever is the earlier. Completion shall mean completion apart from a prospective purchaser’s or tenant’s choice of decorations and/or final fitments

The following where the Insured undertakes a contract under JCT Standard Form of Building Contract 1998 (or the equivalent thereof). In respect of loss of or damage to the property insured by any of the specified perils defined in the above mentioned Standard Form of Building Contract it is agreed that so far as is required by the sub-contract the Company will not pursue any rights of subrogation against sub-contractors directly engaged by the Insured

The costs necessarily and reasonably incurred by the Insured in making temporary repairs and expediting permanent repair including overtime working and the use of rapid transport in consequence of loss of or damage to the contract works.

The costs and expenses necessarily incurred by the Insured with the consent of the Company in:

b) dismantling and/or demolishing

c) shoring up propping and fencing off

e) temporary boarding up of windows following breakage of glass following loss of or damage to the contract works for which the Insured is indemnified.

The cost of architects, surveyors, consulting engineers and other professional fees necessarily and reasonably incurred in the reinstatement of the property insured following loss of or damage to the contract works for which the Insured is indemnified not being fees for preparing any claim. Provided that the amount payable shall not exceed those authorised by the appropriate professional body

The additional cost of reinstatement following damage to property insured for which the Insured is indemnified of this policy solely to comply with any regulations arising out of an Act of Parliament or with bye-laws of any Municipal or Local Authority or European Union directive.

b) the amount recoverable under this clause shall not include:

2) the costs incurred in respect of undamaged property.

3) the amount of any rate tax duty development or other charge which may become payable following compliance with such regulations or bye-laws.