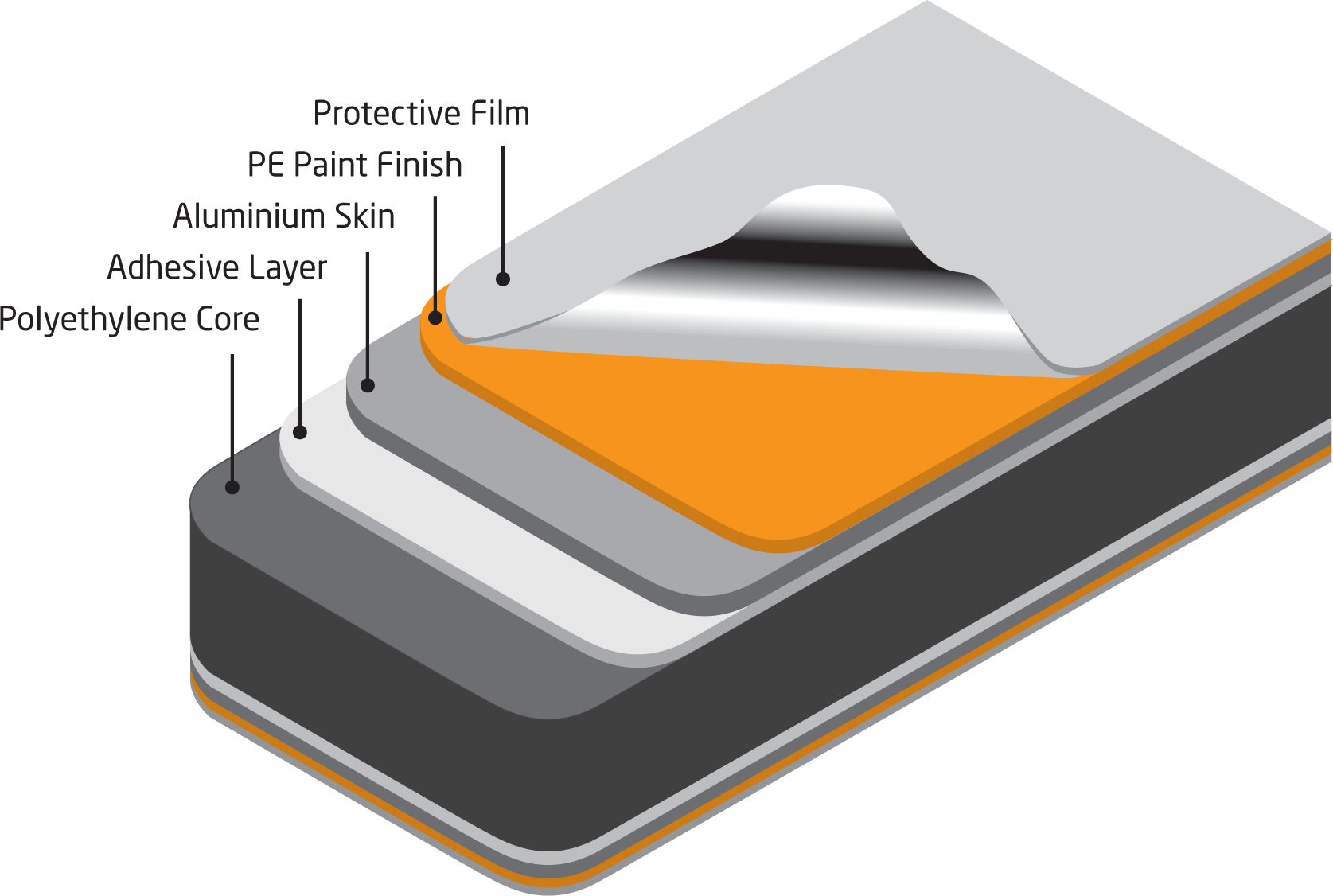 Over the last decade there have been significant losses associated with large fires in which composite panels have been a feature, particularly in the food industry.

However, the importance of a broad-based risk assessment on the suitability of building products to specific end-use applications cannot be over emphasised.

Where are CIPs used?

CIPs are used not only in external wall and roof cladding systems but also for internal building applications such as enclosures, compartment walls and cold stores.

What is a CIP?

A CIP usually comprises two metal facings factory bonded, one each side, to a central insulating core to form a sandwich. Hence these have sometimes been known as sandwich panels. The three components act compositely when under load. These are generally 1 metre wide and vary in length from 1 metre to over 20 metres.

What is the Insulating Core?

Can the Core be identified?

Mineral fibre should be recognizable coming as a quilt, akin to loft insulation.
It is not possible to distinguish visually between PIR and PUR though the majority of panels installed before 2000 are likely to have a PUR core.
Similarly it is extremely difficult to distinguish between a PF and PIR/PUR.
Polystyrene may be recognizable from its extensive use as a packaging material, being white.

Why is the core important?

The type of insulating core used is important because it may have a direct bearing on the performance of a panel in a fire. The potential for fire development involving mineral fibre cores is less than that for panels containing polymeric cores.

Polystyrene, for example, can melt and shrink, produce flaming droplets and contribute to further fire spread. Also flame can spread unseen within facings which can result in collapse, particularly if the panel is not secured to a frame.

What is an ‘LPCB approved’ panel?

An LPCB approved panel is one which has been certified by the Loss Prevention Certification Board and is included in the List of Approved Products and Services issued by the Loss Prevention Council. Relevant standards are LPS 1181 and LPS 1208. Panels which are LPS 1181 approved will generally not make a significant contribution to fire growth and spread in the early developing stages of a fire, while LPS 1208 is the standard for evaluating fire resistance.

The specification and installation of building products and systems that provide passive fire protection is an extremely important aspect of fire safety as the performance of a product can be severely undermined by poor installation or application. Installation, in accordance with the manufacturers’ instructions, by competent contractors is vital to help ensure the approved panel will perform adequately in a fire. LPS 1500 and LPS 1531 are approval schemes to help ensure that companies installing passive fire protection products have sufficient training and expertise to install the products using the correct techniques.

Can a CIP be identified?

Identifying the presence of a CIP can be very difficult even to an experienced surveyor. However even when identified the type of foam core which has been used and whether or not a panel is LPCB approved is virtually impossible to verify without supporting documentation.

Each insurer will have their own strategy in respect of underwriting risks containing CIPs. In reaching a decision on the suitability of any given CIP system for a particular function or application in respect of the fire risk and the protection of the business, most insurers will normally take due regard of the type of CIP presented, the likely chance of ignition, as well as the nature of any inception risk, process hazards, the overall management of the premises and the fire load in the building. Also the financial exposure will be a very important factor.

Written evidence of the construction materials used can be sourced from:
CDM (Construction, Design and Management) files – for buildings erected after 1995/6
Architects plans

What to look for

Two sheets of metal – one external and one internal

An example of a CIP profile with long distances between crowns

CIPs should not be confused with site assembled systems. These are built up at site and typically comprise an external profiled sheet, a mineral insulation core (stone mineral wool or glass fibre) and an internal protective covering of profiled metal.

These panels have a regular deep external profile typically 35 – 40 mm. often ‘give’ when pressed and can sound hollow when tapped on the crown.

Generally freestanding and interlocking systems which form rooms within buildings and can have large areas of roof supported by hangars.

Association of British Insurers – Technical briefing: Fire Performance of Sandwich Panel Systems – May 2003 and partially revised 2008. This document is from ABI on Tel. No. 0207 600 3333.

Loss Prevention Certification Board List of Approved Products and Services at: www.redbooklive.com